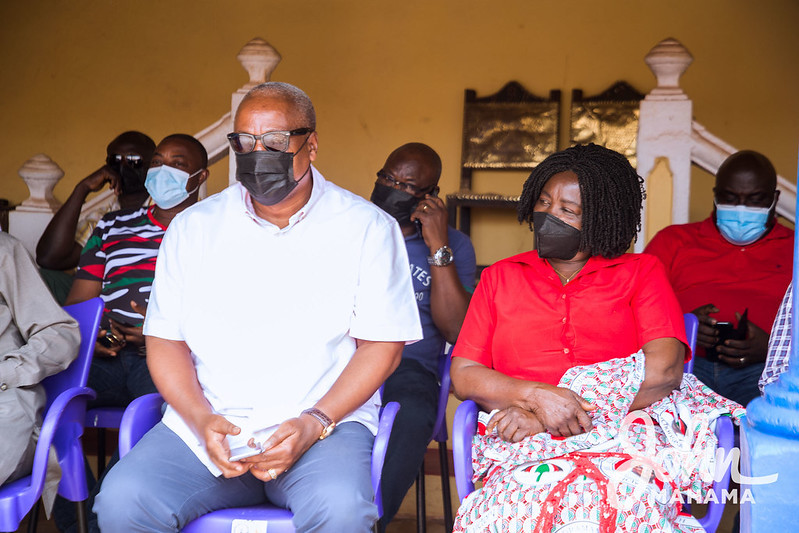 Former President John Dramani Mahama on Friday visited the family of the late Thomas Asinae, immediate past Deputy Regional Organizer of the National Democratic Congress (NDC) for Western North Region to commiserate with them.

The late Asinae, a dedicated and hardworking officer of the party died in August following a short sickness.

Speaking on behalf of the family and Nananom of Suaman, the Krontihene, Nana Armah Kofi Tanoh III, thanked Mr. Mahama for wiping their tears with his presence on the occasion of the one-week celebration in Suaman.

"Even though we are mourning, there are some people who no matter how sad you are, as soon as you see them you become happy" he said.

He decried the state of underdevelopment of the Suaman community, stressing that it did not befit the town's status as the place Osagyefo Dr. Kwame Nkrumah's family originally hailed from. He therefore asked that when the NDC wins the next elections, it should not forget the people of Suaman.

President Mahama described the late Deputy Youth Organizer as someone who served the party well. He consoled the family for the loss of their loved one and promised that the party would support the family to give the fallen comrade a befitting funeral.

The 2020 NDC Presidential Candidate is in the Western North Region as part of the second phase of his nationwide tour to thank Ghanaians for their support, and votes for him and the NDC parliamentary candidates.

As part of his activities in the region, Mr. Mahama and his delegation called on the chiefs and elders of Juaboso and Suaman, and addressed party supporters and executives. 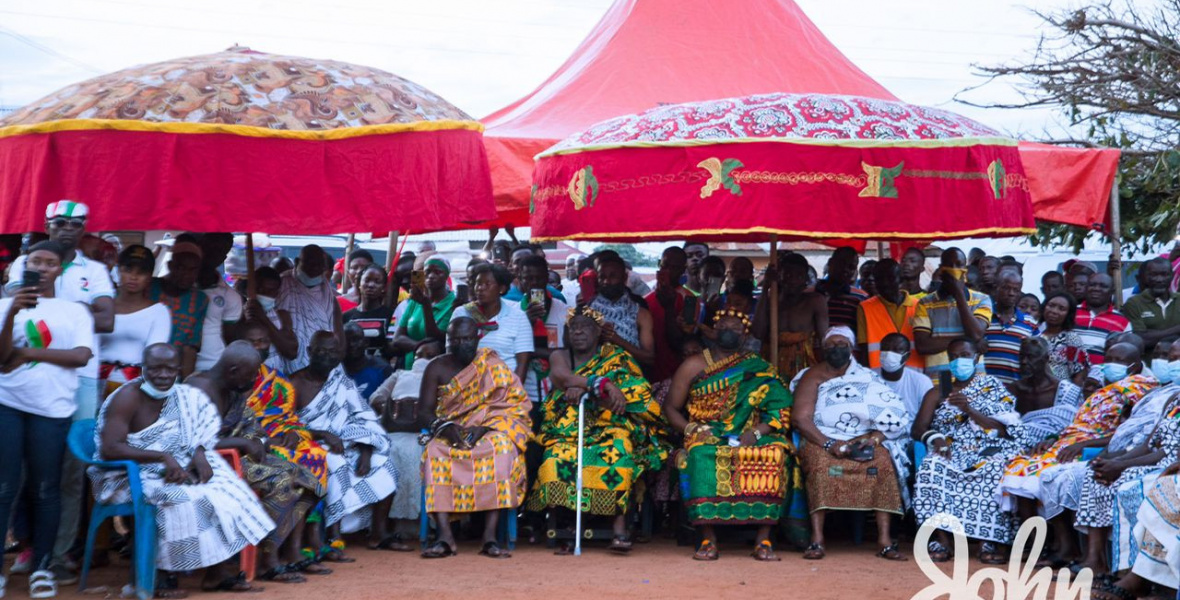 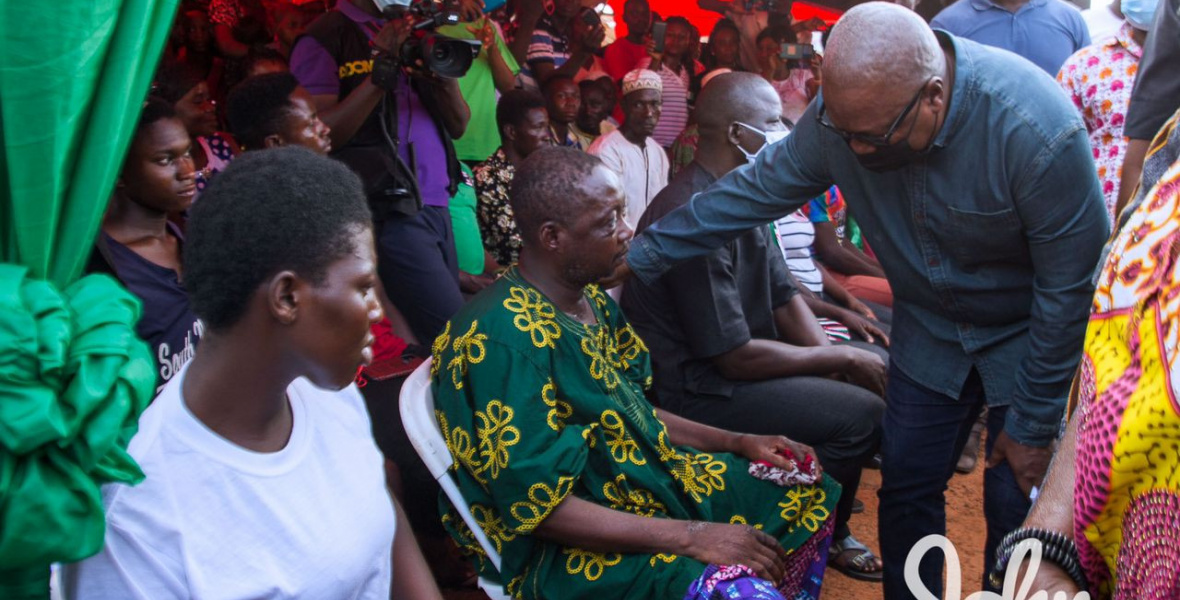