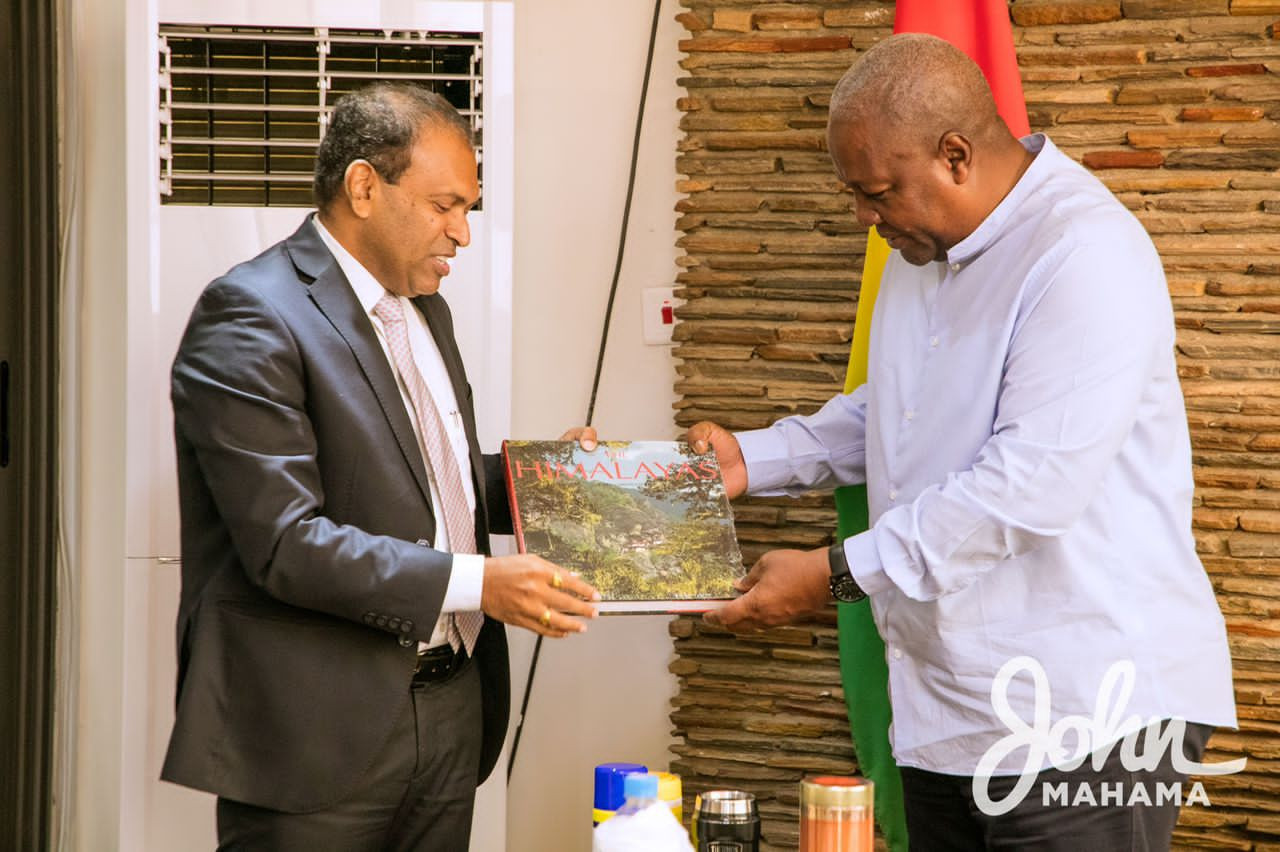 Indian High Commissioner to Ghana, HE Sugandh Rajaram, has paid a courtesy call on former President John Dramani Mahama to formally inform him of India’s 75th Independence Anniversary and discuss issues of mutual interest to both countries.

Welcoming the High Commissioner, President Mahama praised the strong ties between Ghana and India, recalling the friendship between President Nkrumah and President Nehru and successive leaders of the two countries thereafter.

Mr. Mahama also extended his appreciation to India for investing in the Tema- Akosombo Railway, the Komenda Sugar Factory, the Elmina Fish Processing Factory, among other projects when he was president.

Other issues discussed during the visit centred on housing made from affordable materials, agro-processing and rural industries, solar energy and electrification, scholarships, urban transportation, ICT, and health.

President Mahama congratulated India on its 75th anniversary and wished the High Commissioner a successful tour of duty.

The High Commissioner thanked President Mahama for his reception and assured him of India’s continued commitment to Ghana’s development. 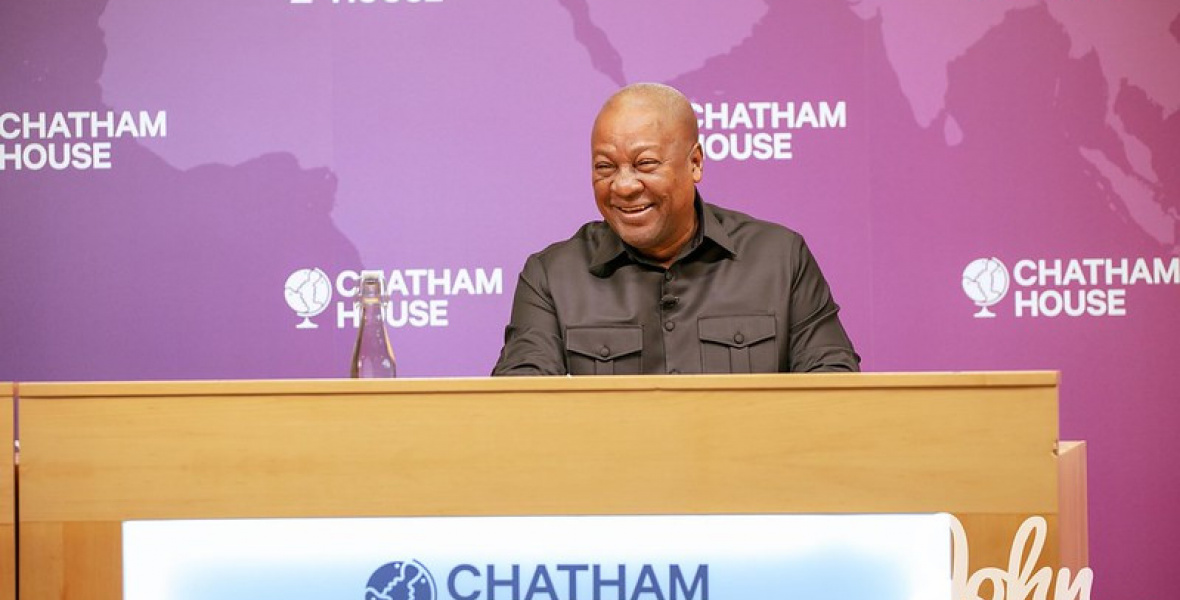 read article
Africa’s strategic priorities and global role A Chatham House Lecture by H.E. John Dramani Mahama, Former President of the Republic of Ghana
Thank you, Alex Vines, and Chatham House for the invitation. I am happy to have been able to join you from Brussels where I had very productive dis...

read article
Mahama consoles family of late AB Crenstil
Former President John Dramani Mahama has consoled the family of the late highlife legend, AB Crenstil.  Speaking to the family during a visit...
BACK TO NEWS