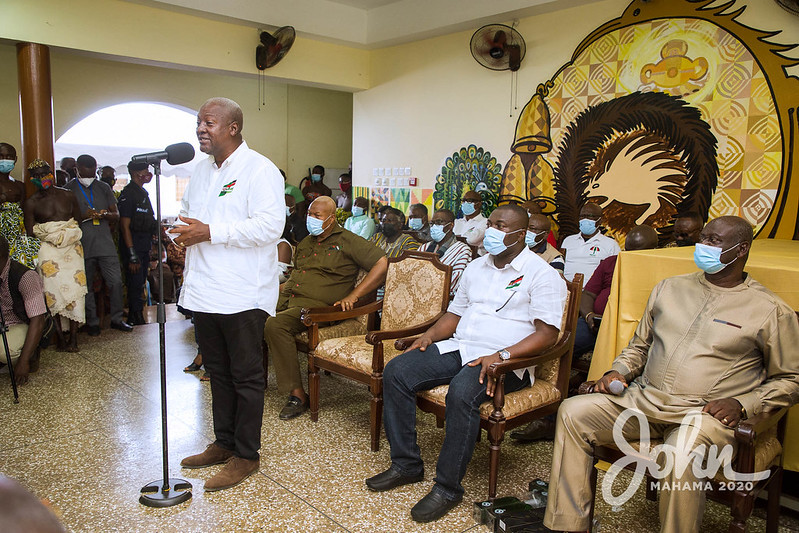 The presidential candidate of the National Democratic Congress (NDC), John Dramani Mahama, on Wednesday unveiled his development plan for the Ashanti Region, during a courtesy call on the Asantehene, Otumfuo Osei Tutu II.

Mr. Mahama who outlined a number of initiatives and projects undertaken or commenced during his tenure in the region, told the Asantehene that the NDC has always had a record of spreading development throughout the country.

According to the former President, his next administration will dualise the Accra- Kumasi Highway to make travel safer and quicken the movement of goods, services and people.

He also announced that, in order to reduce traffic congestion in the Kumasi metropolis, the NDC plans to construct two new interchanges at Anloga Junction and the Suame Roundabout.

The NDC, he said, also plans to invest in more hospitals, schools and road infrastructure in the Ashanti Region under the $10 billion Big Push.

President Mahama reminded the gathering that it was the NDC that built the all-new Kejetia Market, expanded access to water, built hospitals and markets in the districts, and extended electricity to many communities in the Ashanti Region.

Mr Mahama also singled out for mention the Kumasi Airport, which was transformed on his watch as president to enable flights take off and land around the clock.

“So the NDC doesn't discriminate when it comes to sharing the national cake and we will continue to share development projects equitably across the country, without any partisan consideration, when elected to lead the country in the upcoming general elections", he added.

Mr. Mahama also noted that the NDC sincerely appreciates the support it has received from the Ashanti Region over the years, expressing the hope that this support will translate into votes for him on December 7, 2020, when Ghanaians go to the polls to elect a new president and a new parliament.

For his part, Asantehene Otumfuo Osei Tutu II, speaking through his linguist, prayed for a peaceful election.

He urged Mr Mahama to continue to preach his good works to the electorates in order to secure their votes, adding other political parties must campaign on what they can do for the people. 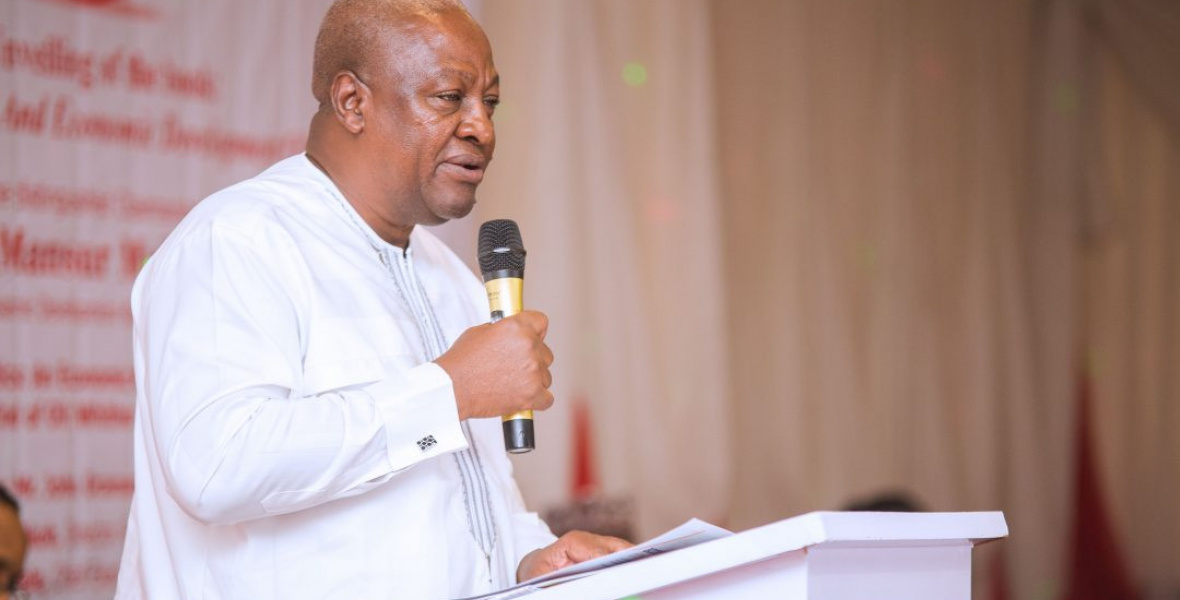 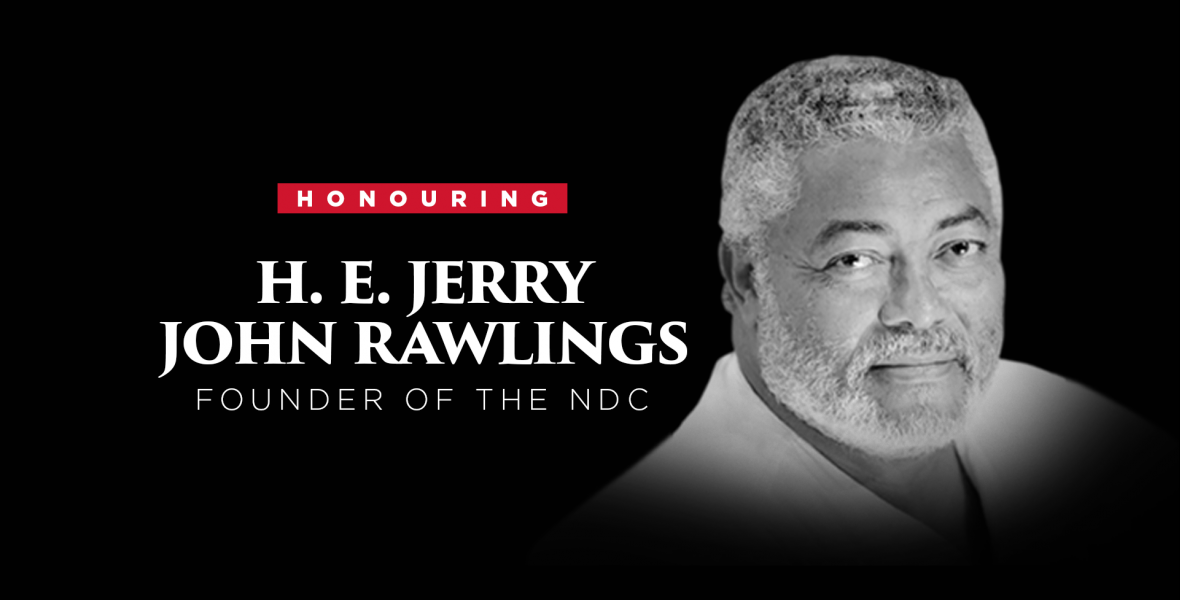